Time is running out!


Black Path Finder is one of Atlanta’s greatest new dinner shows.  Get caught up in the intrigue of the mystic legend that has been handed down for generations while enjoying a fabulous meal and if you’re the adventurous type, dance with the cast in our African Congo Line! 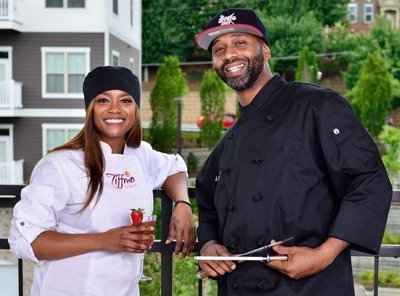 Chef Tiffany Moore’s story is one filled with resilience and undeniable passion. She brings joy to the lives of many through delectable food and memorable events. After eleven years of service in the United States Army, two cervical spine surgeries, and numerous other challenging setbacks; Chef TiffMo was able to rise above it all to become a successful entrepreneur. Chef TiffMo uses the kitchen as means of healing, which also leaves guests feeling transformed as well. She has been recognized for her amazing skills and business sense around Atlanta, and across the globe. Chef TiffMo is also the co-owner of the exquisite Event Hall @ Cascade, located in South West Atlanta.

Chef Lloyd White is a graduate of Arts Institute of Atlanta with a Bachelors in  Culinary Management. His culinary background started in Staten Island, New York where he was surrounded by cultural food cuisines from around the world. Chef Lloyd also served in the US Navy and US Army. He is the Sous Chef to Chef Tiffany Moore and together they make up Culinary Unclothed. Their personal chef service, focuses on the art of dining with their intimate dinner parties.

Tickets will be held at will-call the night of the event, up to 30 minutes before showtime.  A valid ID of the person who purchased the tickets online is needed to enter.  Or bring a printed copy of your PayPal receipt.

Menu for the evening: 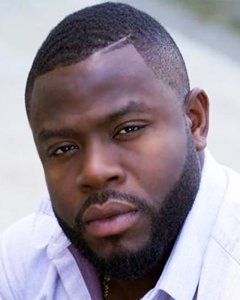 Raphael plays Taj Alpha: (TAUJ) means ‘exalted or crown’ and Alpha is Guinean for ‘Leader’. Taj is the new leader of the Amalgamated African League and conducts the ascension ceremony.  Without hesitation he dedicates his life to the league, even if it means he must sacrifice his own person happiness.

David Hassan Solomon was born and raised in Cleveland,OH. He discovered his passion for acting and modeling after being invited to a musical event by a friend. After that eye opening experience he has wholeheartedly embraced the acting and theater lifestyle and shows no signs of letting up anytime soon.  He played the lead role of Dr. Shaun Goodman in the movie ‘The Talented 10th’ and portrays one of the leading characters in this production as ‘Abrafo’.  His considerable personal and professional experiences as a life coach and inspirational speaker keeps him busy as a world famous Keynote speaker for Progress Junkies, a company he founded.  His deepest passion resides in rebuilding and transforming lives with discipline, focus, hard love and wit. The ProgressJunkie mantra is and will always be -” MARRY PROGRESS AND YOU WILL GIVE BIRTH TO GREATNESS!” 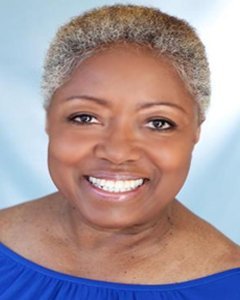 Diane Denise Carter is best known for her love for children in the performing arts. She served as the Performing Arts Director for the Children’s Ministry at World Changers Church International for over 15 years, stepping down in 2017 to pursue her career in the arts. Over the years from 1995 to 2007 she owned and operated a total of 5 dance studios putting on productions at Clayton County Performing Arts Center – Stroud Hall (1800 seat auditorium) twice a year and various venues. She also founded Perfected Praise Performing Arts and Dance, an outreach ministry for children. Ironically, it was later in life that Diane felt led by the spirit to resurrect her vision to act and in 2016 she graduated from AMTC – Actors, Models and Talent for Christ. You may have seen her recently on an episode of Dynasty, The Quad and The Resident. Her recent theatrical performances was “Deliver Our Male” and “The Christmas Story – As Told By Us Folks” both in 2017. Her love for entertaining and seeing people happily enjoying a TV show, a film or a theater production is what keeps Diane in hot pursuit of an acting career, no matter the age! 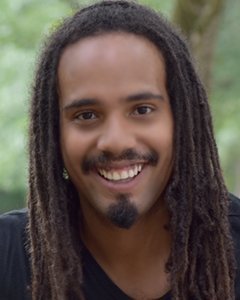 Cheveyo Madu Abayomi is a graduate of NYU ‘09 with a BFA in Theater. He is known among his peers as an artistic renaissance man. His background includes acting, hip-hop dance choreography, screen writing, stand-up comedy, film production/editing, photography & music; all done on stages and films in NYC, Austin, TX, and Atlanta, GA. His last performance was done in Tucker, Georgia’s own Orange Box Theater as Lloyd Dallas in “Noises Off”. He is a versatile performer who is excited about sharing his knowledge and cultivating the craft of the people around him. 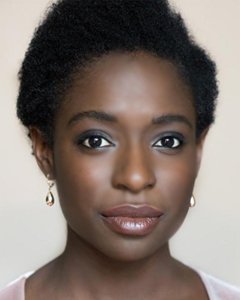 Alexandra Faith is an actress, producer, and writer originally from Boston. Starting in high school, Alexandra worked on large theater productions and performed in stage plays. She has since trained all along the east coast in Method Acting and Scene Study under Burgess Jenkins, Alan Gordon and Peter Jensen. She has had various supporting roles in film, television, commercial and stage productions, with starring roles in Ryen Thomas’s NoWhere and Investigation Discovery’s Deadly Devotion. Alexandra has recently finished writing season two of DJ Neace’s Lonesome Pine podcast, which will begin production in October 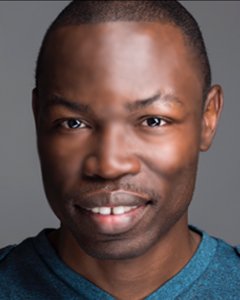 Leroy Kester is an upcoming actor of Nigerian Descent. Having worked on sets alongside Hollywood names such as Robert Downey Jr., Chris Hemsworth, Anthonie Mackie and a host of others.  He is taking a step forward by bringing his talent to the stage. He is also pursuing a BS in Computer Science at Kennesaw State University. 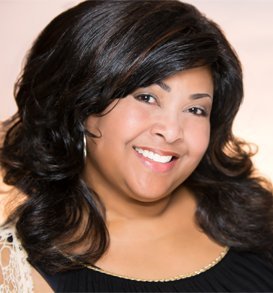 Loretta Marie Chandler is best known for her honest portrayal of ‘Dusty Tyler’ on the innovative television series “Fame” when she replaced Janet Jackson as a series regular and won an Luminous Award for the episode, “Self Defense”. You may also recognize her from guest appearances on a Movie of the Week called “Give Me My Child” staring Valerie Bertenelii, or from “A Different World” or “Misery Brothers”, however Loretta’s first love is theater where she stared in numerous national tours such as; “Dream Girls”, “Smokey Joe’s Cafe”, “The Gospel Truth”, “Law’d Ha Mercy” “Wait Until Dark”, “Out Of The Frying Pan” and “Harlem Suite” where a special solo featured spot was created for her by the director and co-writers, Maurice Hines and Jennifer Holiday. Now Loretta has a new love, writing, directing and producing her own work. She is most proud of her latest venture, “The Black Path Finders!”
More works available!
Tell a friend or family member abou us. Share the love!